About 200 years ago, in 1820, my great-great-great-grandfather was married in Nether Heyford. His name was Joseph Mann and he was born in Weedon Bec in 1800, and baptised there on 18th January 1801.

His first wife was Elizabeth Claridge (1801-1829), with whom he had two children, Lucy (b.1822) and Ann (b.1827), and after Elizabeth’s death, he married Charlotte Claridge (1810-1891) who may have been Elizabeth’s sister or a cousin; there were Claridge’s living in Heyford at that time but there may also have been a Claridge connection with Hertfordshire. Charlotte and Joseph had ten children, all born between 1831 and 1850 of which only one (George, b.1841?) was recorded as an infant death. The next boy, born in 1844, was named George, too.

When Lucy was married, aged 21, in c.1843, her father, Joseph, was described as a shoemaker. In fact, he developed a successful shoemaking business in the village. There were quite a lot of shoemakers (or people connected with the shoe trade) working in Heyford in the mid-19th century, nine in 1841, fourteen in 1851 and nineteen in 1861. The village itself had the first recorded mention of shoemaking in Northamptonshire in 1202.

Joseph died at the age of 61 in 1861 and is buried in Heyford. His widow, Charlotte, then married a John Smith of Heyford, whom she survived, and later she was buried at Cogenhoe. Joseph’s second son, William (b.1833) is the subject of an article in Volume 3 of “The Story of Heyford” and was also at one time a shoemaker. In that article William said that his father was not sympathetic to the established Church and followed the Baptist faith. In fact, it is recorded that Joseph was a “sponsor” of the chapel at Farthingstone. William also mentions that the people were not very happy with the way the Arnold Charity was being administered at that time.

William’s elder brother, the first child of Joseph and Charlotte, was named Thomas Claridge Mann (1831-1921). Tom almost certainly attended Bliss School. He followed his father into the shoemaking trade, working in several places in Nether Heyford. Eventually, he met a girl from Cogenhoe called Charlotte Smith, whom he married in 1852 at Cogenhoe Church. Charlotte came from a family of shoemakers in Cogenhoe. It is from this Thomas Claridge Mann (also known as “Old Tom”) that I am descended.

Old Tom and Charlotte settled in Cogenhoe and Thomas started making shoes in a room in Church Street, Cogenhoe. Eventually three of Tom’s Heyford brothers, Joseph (1836-1921), John (1839-1931) and George (1844-1932) followed him to join him in the business, but for some reason not William. They set up the company of T.C.Mann and Brothers, later to be dissolved in 1883 and renamed T.C.Mann and Sons. The company flourished, making the highest quality shoes, and they opened shops at 160, Regent Street, London and two more in Manchester, at 12, Cross St. and 123, Market St. They made shoes for foreign dignitaries and boots for one of Shackleton’s Antarctic expeditions. The Mann family in Cogenhoe, just like Joseph in Heyford, were chapel people and they built the Chapel in Station Road and a terrace of houses for some of the workers in the factory. At one time the firm
employed about a hundred workers, some of whom walked from Wellingborough and Piddington to work. And all this started from their experiences in Nether Heyford. The Story of Heyford states that William Mann lived to the ripe old age of 92, but Old Tom lived to 90, Joseph to 85, John to 92 and George to 88, so there must have been something in that Heyford air!

Old Tom and Charlotte had five children, including William Charles and Thomas Claridge (known as “Young Tom”), and Young Tom also had five children, the eldest being another Thomas Claridge (known as “ Young Tom’s son”) and the fourth child being my maternal grandmother. At one time there were so many family members in Cogenhoe that it was often said that “nearly every other woman that you see is probably a Mann”, but now I don’t think there are any left in either Cogenhoe or Heyford.

In October 1967 I got married at Cogenhoe Church to Ann, a Cogenhoe girl, and we made our home at Nether Heyford, basically because we could just about afford the house, and it was about halfway between Cogenhoe and Charwelton, which is where I was working at the time. In May of that year we had seen an advertisement in the evening paper for a cottage in Furnace Lane and as I was working at Charwelton on the Saturday, my mother brought Ann over from Cogenhoe to look at it. As they drove up the lane, my mother said to Ann that this was the village that her great-grandfather came from, and until then I knew nothing about the Mann connection with Nether Heyford, so it was a bit of a coincidence that we brought the family back to the village just over a hundred years after Old Tom left. We still live in the same house and have been here in Heyford for 53 years because we find the village and the villagers so friendly. We have almost been accepted too, I think!

Since then both our daughter Sarah and our son Kit, granddaughter Beckie and grandson Kyle have all been educated at Bliss School, and then they all went on to Campion School, where Kyle is still studying. Beckie was assisted by the same Arnold Charity that William Mann was so critical of, and then went on to University at Middlesbrough where she still lives, but the fact that the rest of us have remained in the village speaks volumes for Heyford village life. Kyle is the eighth generation of the family since Joseph married here in 1820.

I have attached two photographs, one showing Old Tom, and the other showing, left to right, Young Tom, Old Tom (seated) and Young Tom’s Son.

If anyone can add to this story, especially regarding the people mentioned, or if they know that I have made errors, please let me know on 01327 340599 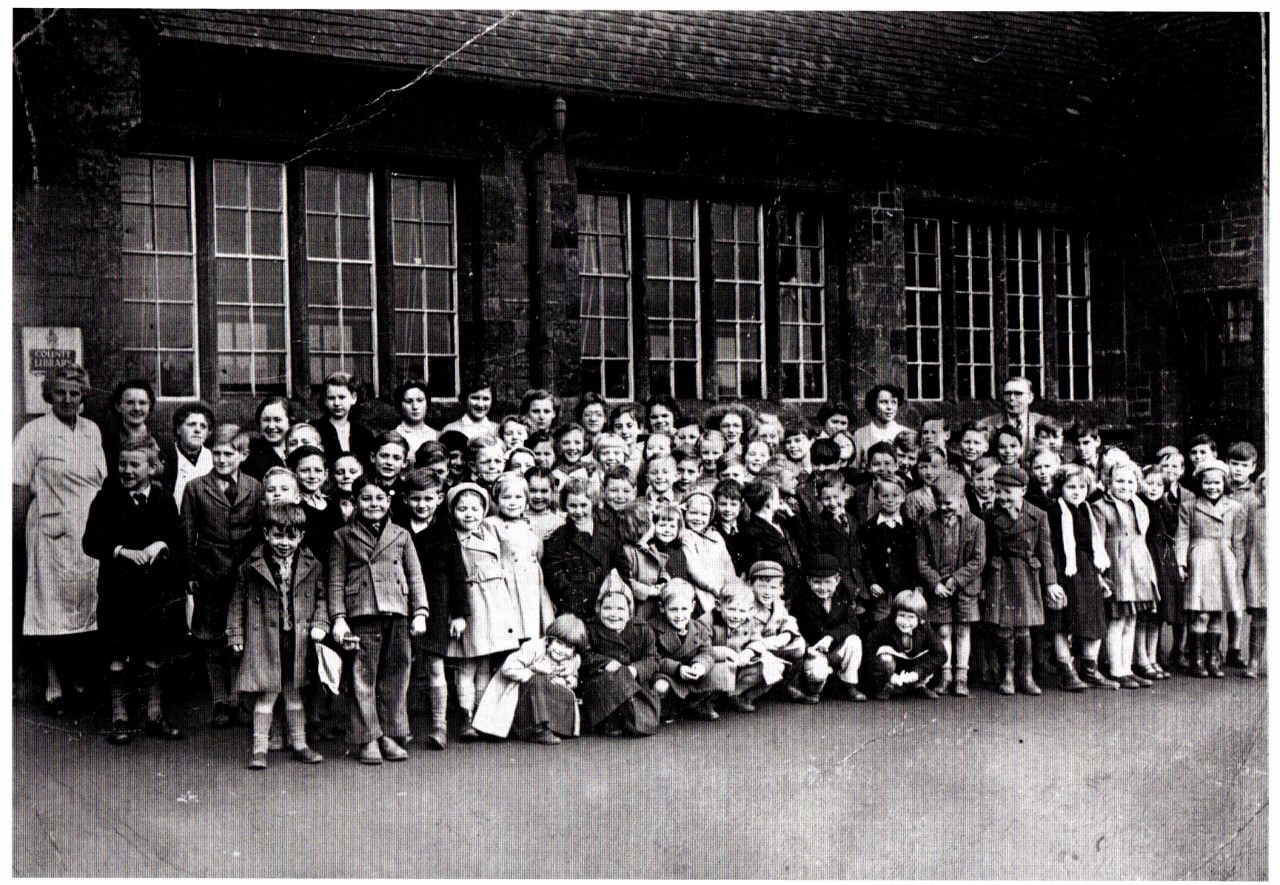 In the absence of any cricket until further notice, the club have been taking a trip down memory lane during April, sharing scorecard and match details of games of the last 25 or so years. The earliest scorebook we have is from the 1993 season, which would have been one the first seasons hosting cricket at the Playing Fields. A local derby attracted our attention. Heyford CC hosted Weedon CC, who folded many years ago. Bowling first, Weedon were bowled out for 134, with Chris Peck leading the way with the ball with an excellent 4-14 and club President Alex Kirkbride taking 2-27. It’s great that Chris is still turning out regularly for Heyford on a Saturday afternoon. In response, Jeremy Rice (41) and Pete Rice (28) set the chase up, and Dave Payne’s (29*) useful contribution
ensured that Heyford ran out victors by 4 wickets.

A number of the players in this game are still involved with the club, some playing occasionally and others supporting in the club’s activities. I’m sure if you’d have told this lot that in 2020 Heyford CC would have 3 senior teams, a thriving junior section, awarding-winning grounds and a not-to-be-missed end of season tour, they would be pleasantly surprised.

Coronavirus Cricket
The junior cricketers at Heyford CC were busy completing a Coronavirus Cricket challenge over Easter! We’ve created a fun video of 20 children and coaches playing cricket with a difference during the lock-down. With a little bit of trickery on the computer we’ve made it look like the children are bowling a ball to themselves, hitting it up into the air, and then catching themselves out! Check out the News page on our website for the full video.

Bonus Ball
A full list of Bonus Ball winners can be found on the ‘News’ pages of our website.
The March 2020 winners were as follows:

We hope to see you soon, but in the meantime all the very best to our loyal supporters, volunteers and everyone in the village.

More details about Heyford Cricket Club can be found on our website or via social media where we can be found on both Facebook and Twitter. If you would like to get in touch you can also email us.