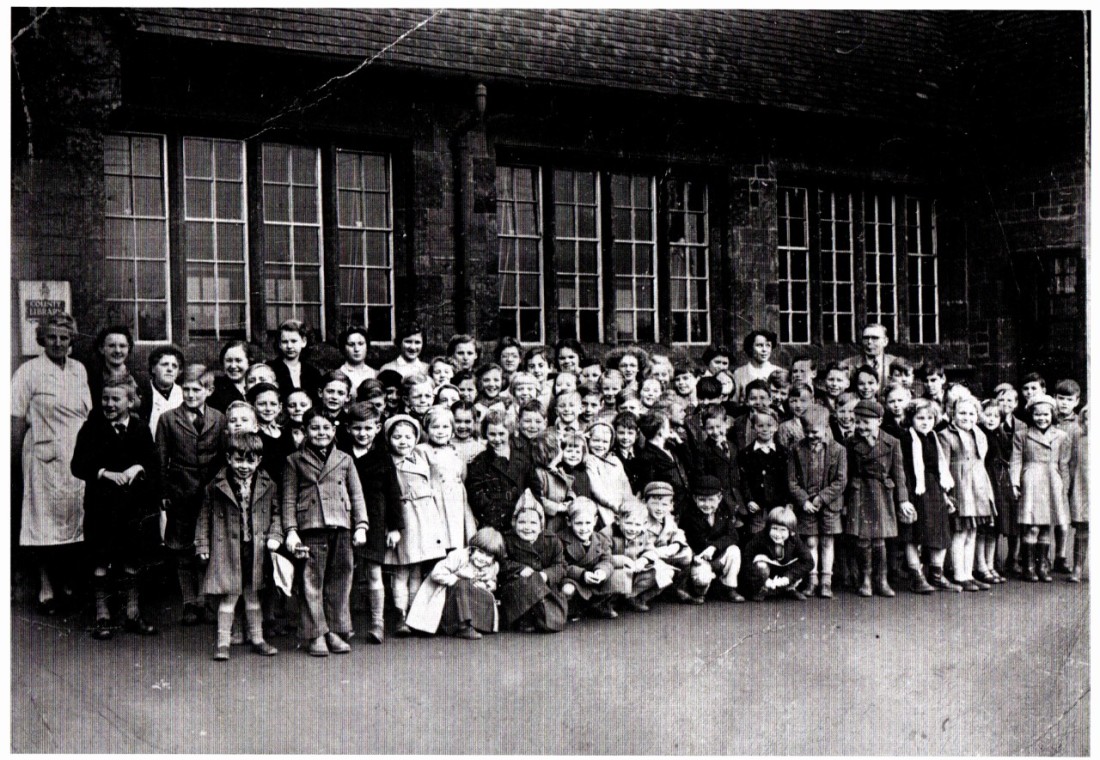 Heyford Scouts was formed in 1952. The School headmaster, Mr Woods, was the scoutmaster, ably assisted by Mr Bert Wilkinson. During the 1950s it had a thriving troop of more than 20 boys. The troop was split into several patrols – peewit, kingﬁsher, etc., each with their own patrol leader, and weekly meetings were held in the school hall.

Gang shows
Gang shows were very much a part of the scout year and were always a great success. They were presented on stage in the church rooms on the corner of Church Street and Church Lane and consisted of the normal songs (such as Ging Gang Gooly) and sketches. Rehearsals seemed to go on for ever and parents must have torn their hair out trying to provide costumes for some of these. The show was sometimes taken on tour for one night only to places as far aﬁeld as Flore, and it was just as daunting performing to strangers as to family and friends.

Soap Box Derbys
During my time in the scouts the troop entered the National Soap Box Derby. We built our soap box with a lot of help from Grose’s garage, and to our great delight we reached the national ﬁnal held in Morecambe. To reach there we had to leave the village at about ﬁve o’clock in the morning and didn’t return home until late. The excitement of winning, however, got us through. The ‘car’ was on display for a month in the garage showroom, which at that time was in Marefair where the Barclaycard building is now situated. Boy, were we proud!

Camps
From later Spring until early Autumn several weekend camps were held fairly locally, and once a year the annual camp took place. This was always further aﬁeld and normally lasted for two weeks. One of these camps took us to the Pendle Hills in Lancashire, and inevitably it was raining when we arrived. After showing us to the ﬁeld in which we were to make camp, the farmer pointed to the hill behind us and solemnly declared that, “If you can see those hills it’s going to rain, and if you can’t see them it’s already raining.” If memory serves me right we had about one day of dry bright weather in the whole fortnight and I seem to remember using washing bowls to scrape mud away from the front of the tents. No-one suffered any ill effects from this experience however and all returned to the village quite healthy.

During these camps one patrol was responsible for cooking the breakfast each morning and the others all went for an early morning run accompanied by the scoutmaster in order to work up an appetite. Each patrol took it in turns during the week so that nobody missed out on the joys of the run. Breakfast consisted normally of porridge made in a large billycan and coated with golden syrup diluted with hot water. This was followed by bacon and omelette. It was never a surprise if you found a generous helping of grass in either or both courses, but it never had any adverse effects on anybody.

The morning ablutions were always an adventure as we normally washed in cold water. One camp in the Lake District was near to a small stream and this was used by one or two hardy souls.

Street cred
Uniforms were strictly shorts (even the scoutmaster wore them!) and the distinctive hats with the stiff brim, reminiscent of the Canadian Mountie. These were terribly difficult to get ﬂat again once you had bent it out of shape. This often happened, especially at camp.

I spent many pleasant and happy years in the scouts and during that time learned to cook, tie knots (some of which I still use, especially the granny), semaphore and Morse codes (all of which I have forgotten!). I also learned that it was easy to be polite and helpful and that this didn’t damage your street cred. I feel that I am better for the things I did and look back to this time with much pleasure.

Our New Year started with a return to W.I. crafting roots when Deborah Burrow and Arlene Harrison showed members how to paint without paint brushes. It is surprising how much talent lies hidden in Nether Heyford W.I.

Contrary to popular belief, being a member of the W.I. really is not just about ‘Jam and Jerusalem’ or listening to talks given by visiting speakers. As anyone who watched the TV. series about the W.I. a few years ago will remember, the original ‘Jam and Jerusalem’ brigade was responsible for a great deal of amazing war effort. However, as a Nationwide Federation, the W.I. has to move and change with the times. Each year resolutions are put forward by W.I. branches and, from these, six are chosen at a short listing meeting of Federation Representatives. Every W.I. member has the opportunity to vote on the resolution that they would most like to go forward for further discussion at the Annual Meeting. Depending on the number of votes either one or two chosen resolutions then becomes the W.I. Campaign for the following year. This ensures that every campaign is dear to the hearts of our members. In 2017 we highlighted the ‘Plastic soup pollution’ and in 2018 it was ’Making time for mental health’.

Voting time is here and this year’s resolutions range from:-

1. Improving Plant Bio-security – calling for a certification scheme to assure the public that plants, soil and containers they buy have been screened and are infection free, thus ensuring the safety of our native trees and plants.

2. Planting and care of trees – to mitigate climate change, to improve air quality and to reduce erosion and flooding.

3. Call against the Decline in Local Bus Services – particularly in rural and semirural areas.

4. Suffering in Silence – why we have to end the taboo around menstrual health.

6. Don’t Fear the Smear – encouraging women to look after their health.

As you can see, a real variety and not a single mention of Jam OR Jerusalem!! There is, however, a real opportunity to make a difference in the world about us.

Our meeting in February will be a look at the amazing career of the most popular crime novelist of all times as Steve Dimmer examines the writer’s life. Beginning with the creation of Hercule Poirot in 1920, through the Golden Age of detective fiction, the emergence of Miss Marple until Agatha Christie became the indisputable ‘Queen of Crime’.

Along the way we will be looking at the real-life mystery involving the novelist’s actual disappearance and perhaps trying to solve this intriguing puzzle. If, like me, you are a ‘who-dunnit’ fan this would appear too good to miss.

The meeting will be in the Village Hall at 7.30 pm on Thursday, February 7th. The charge will be £5 for non-members and will include the usual W.I. refreshments. We would love to see you there.