Bell—ringing in the parish church of St Peter and St Paul goes back at least four centuries. The two oldest bells are dated 1601 and one of these is inscribed ‘Thomas Morgan gave me to the church frank and free.’  Judge Morgan lived in the Manor House at this time. Both bells were cast by a founder called Watts and one is the heaviest bell in the belfry. It is the tenor, weighing over seven hundred-weight: that’s over 784 lbs. or 356 kilos. Another bell was added in 1638, cast by Watts II, and a fourth in 1704 cast by H. Penn. With these four bells it was possible to ring a maximum of 24 changes or sequences (English Change Ringing is based on mathematical sequences rather than musical composition). This was how it remained for 250 years.

Originally there was an external door in the tower where the bell-ringers could gain access. In 1855 there was extensive restoration work in the church which included opening up the tower inside, moving the organ and sealing off the outside door. The heavy wooden door which was removed became the one now hanging as the front entrance to the Old Sun pub. This would be appropriate as the vestry meetings used to adjourn to the Old Sun. Of course, it is still the tradition today for the bell-ringers to ﬁnish off every Friday-night ringing practice with a drink in the local – even if, for some reason, ringing hasn’t actually taken place!

During the 1930s the ringers included Mont Smith (John Smith’s grandfather), Fred Browning, Charlie Foster, Bernard Kingston, Harry Eales and Dick Capell. At this time, ringing only usually took place on holy days such as Christmas or Easter; for church services, the bells were just tolled. During the Second World War, bell—ringing generally was banned and only to be used as an alarm for the community. However by 1943 the threat of invasion was considered over and the ban lifted.

This spelled a new era for the Nether Heyford bells. Fred Browning, as the tower captain, recruited and trained a new generation of ringers, including Ted Garrett and Hilda Collins who are still ringing today. Fred also developed handbell ringing at Christmas time. This new enthusiasm was further encouraged by the addition of two new bells after the Reverend Isham Longden, rector from 1897 to 1942, left £100 in his will for a new bell. Even in the 1940s, this provided only a quarter of the amount needed to cast and hang the bells, so an active fund—raising campaign started in the village.

Coffee mornings, whist drives and sales helped to raise £400 and on 21st September 1946, two treble bells were dedicated in church. They were made in London by Gillett and Johnson and hung on a metal frame above the others who were still on a timber frame.

One was called the Victory Bell and there is a list from 1943 of villagers who donated funds towards it. The list includes the rector “Mr” (sic) Mortimer, Harry Allen the verger, Jack Capell the butcher, William Wakefield Whitton, the Kingston family, the Brownings, the Collins’s and the carpenters shop. Most contributed £1, some as much as £5 and some gave ‘two ‘n’ six.’ Now with six bells, the number of possible changes increased dramatically from 24 to 720.

In 1979, the four older bells on their wooden frame needed to be rehung and refitted. They had been taken down before but this was the first time in nearly 400 years that they had left the village. They were taken to Taylors of Loughborough and their transport was provided by Jeremy Rice. An eight mile sponsored walk from the church to Flore and Stowe was organised to help raise funds.

The Tenor bell of 1601 bearing the Morgan family crest 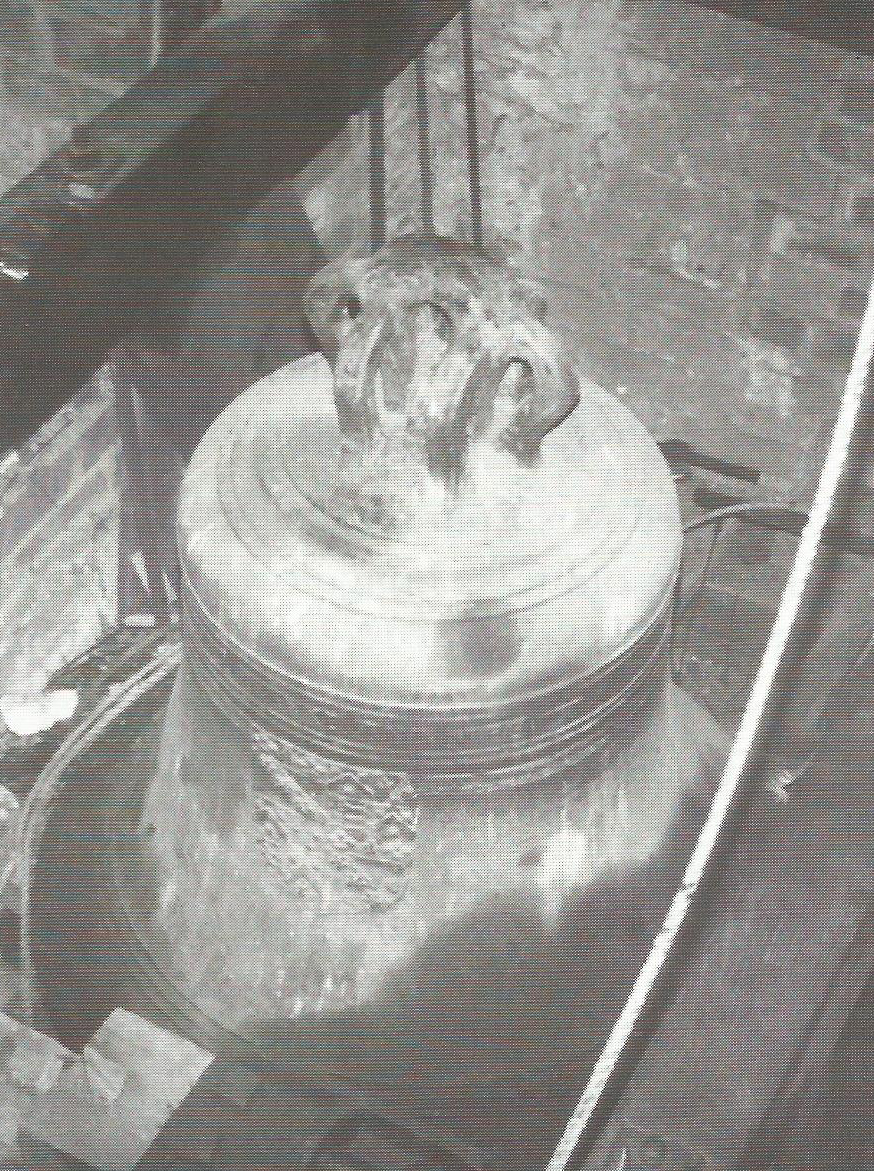 Removing the bells to Loughborough in 1979 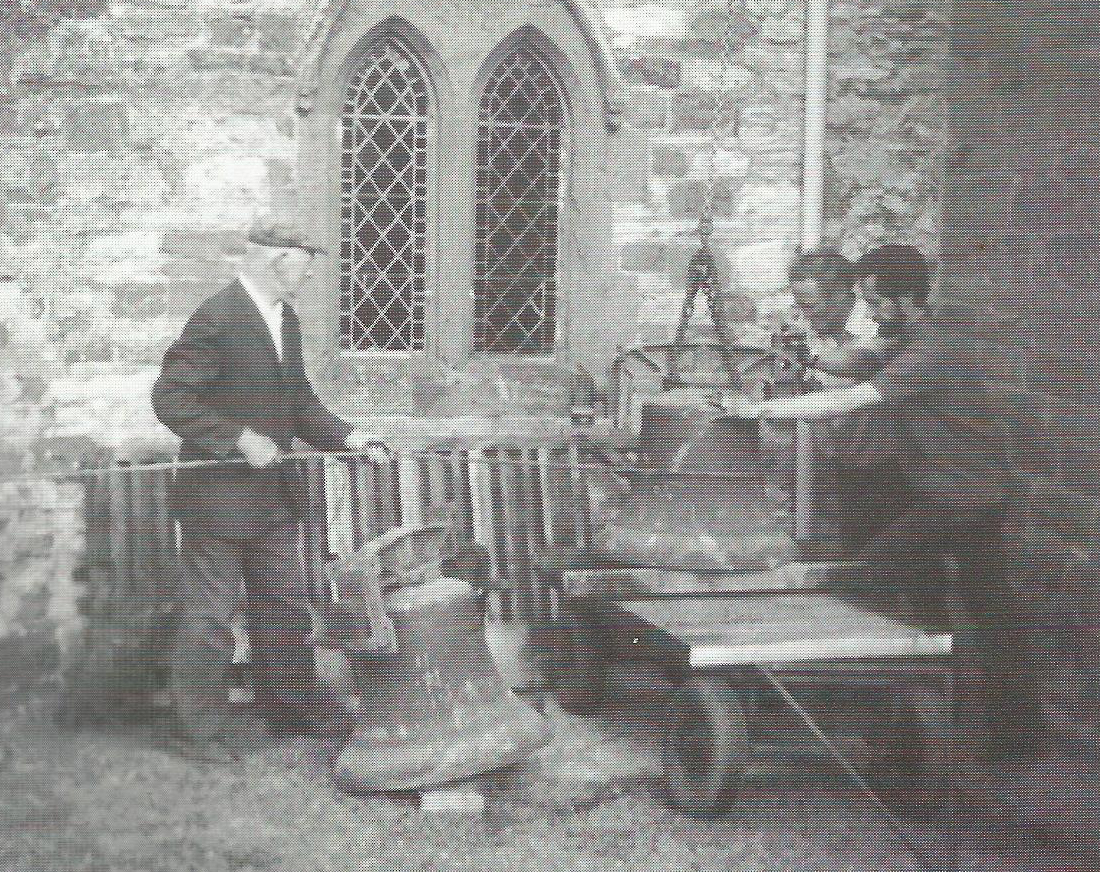 In 1995, a quarter peal was rung to commemorate the 50th anniversary of VE day. This consisted of 1260 rings non stop and lasted for about an hour. In 1996, the church celebrated the half-century of the treble bells with the Heyford Morris Men, handbell ringers, a lone piper, John Anderson, and a special commemorative service.

Sarah Crontear with thanks to Hilda Collins and Ted Garrett