The next film to be screened will be Widows. This is a 2018 American film directed by Steve McQueen starring Liam Neeson and Elizabeth Debicki set in Chicago where an armed robbery goes wrong and leaves the four thieves dead after a police shoot-out. It is the story of the four widows, Veronica, Linda, Alice and Belle who have nothing in common except a debt left behind by their spouses’ criminal activities. Hoping to forge a future on their own terms, Veronica joins forces with the other three women to pull off a heist that her husband was planning.

The film is to be shown in the Village Hall on Thursday 16th May and is the last of the current season.

The admission price remains at £4.00 per person and there is no joining fee.

As a thank you to our loyal supporters during the year there will be free wine and soft drinks both before the film and during the interval. 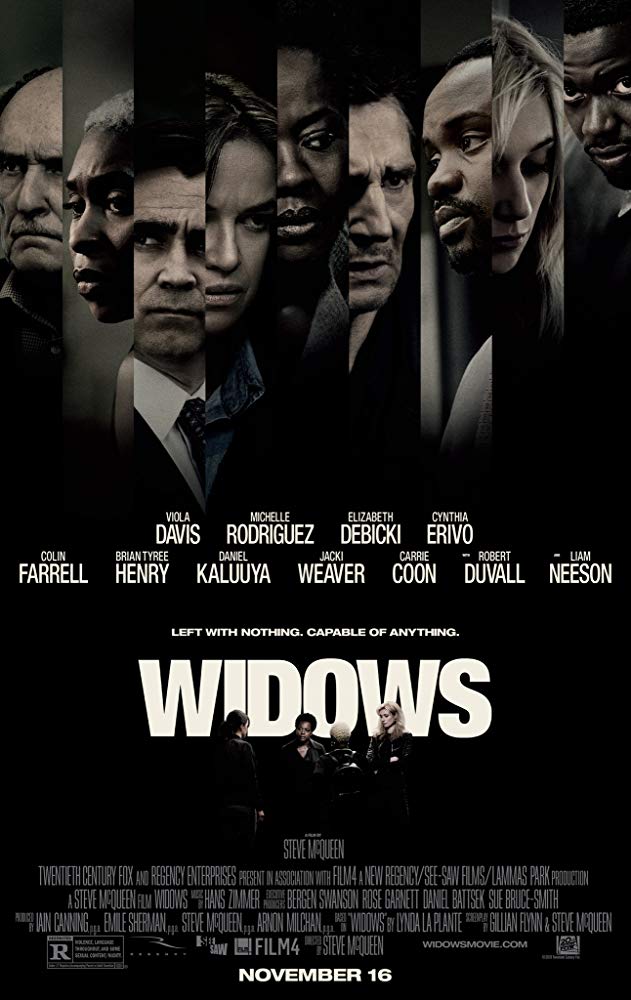